Dustin Barr always loved to draw as a kid but didn't realize “graphic designer” was something he could strive to become. In 1999, Dustin had an amazing opportunity to take a commercial arts course that launched him into the design world, and that is where he was first introduced to CorelDRAW. He then used the software first-hand at his new job at a screen-printing company. In those first five years, he discovered a passion for making t-shirts, and that time enabled him to develop and refine his craft. Dustin went on to become the creative director for two other prominent screen printers before trying his hand as a full-time freelance designer in 2008. Freelancing gave Dustin the opportunity to try out other avenues of design and grow as a designer and artist. It also gave him his first taste of working for himself. But, he had a vision to create something more. So, he started his own print shop in 2010.

Five Nine is a small family-run custom screen print shop with a mission to create shirts that people want to wear. Every day is different and can involve anything from design projects, printing, and photoshoots, to social media marketing and web design/updates. The concept for Dustin is simple but effective, he learns the client's industry, approaches it from their customer's viewpoint, and makes something they would be thrilled to wear!

I've used CorelDRAW Graphics Suite for almost every kind of art job, but I can say with all sincerity that CorelDRAW should be the software of choice for screen printers.

A Day in the Life

A typical workflow for Five Nine includes an initial meeting with a client which sets the stage for a discussion around the proposed project and brings forward high level idea(s). Dustin provides a project quote, digs into the client's industry and/or anything related to the overall project idea, and that typically leads to a style direction and design concepts, product research, then mock-ups for the client's approval. Dustin does as many of these in a week as possible, but it all depends on the complexity of the project and how many shirt designs are involved - it may only be two projects for the month but a few thousand shirts. And, when he isn't working on client projects, he works on his own line of custom apparel. This shop is always bustling! 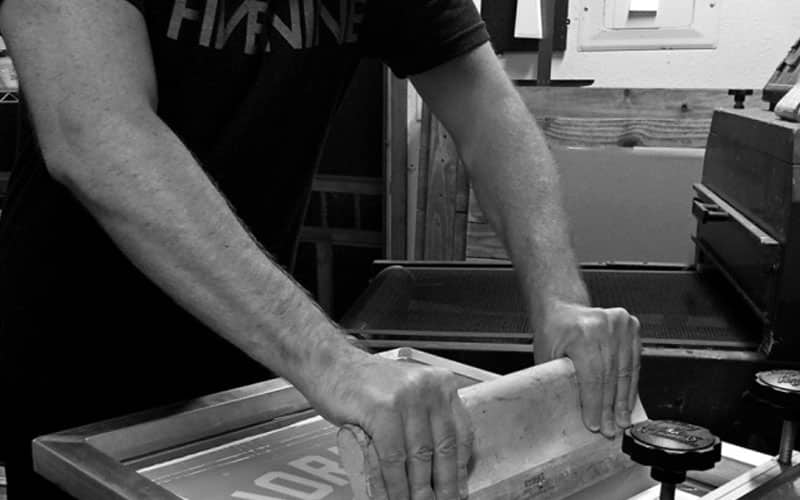 “I've worked on some really cool projects in my career—collegiate apparel for The University of Oklahoma and Oklahoma State University, college football apparel, logo/typography for Red Digital Cinema, several lines of apparel for the U.S. Marine Corps, a line of wakeboards and apparel, professional apparel for Dell and Corel Software, as well as my own line of apparel. I'm just really excited, blessed, and humbled to have this business, be doing something I really love and have clients that enjoy the work we produce at Five Nine,” Dustin shared. That said, Dustin also shared that CorelDRAW plays a pretty major role in his business and has for almost twenty years. From t-shirt design, color separations, and illustration, to business card and logo design, CorelDRAW has always been incredibly user friendly according to this screen printer. “I've used CorelDRAW Graphics Suite for almost every kind of art job, but I can say with all sincerity that CorelDraw should be the software of choice for screen printers. I wouldn't use anything else,” Dustin admitted.

The way CorelDRAW works with fonts and type is the best! A paragraph can be broken down into sentences, sentences into words, and words into letters, all with a simple CTRL+K (and it’s still all editable text)!

For Five Nine, the Bézier tool has proven amazing for illustrations – specifically, the ability to add and delete nodes with a double click. The Envelope tool has also been invaluable to Dustin and his small team and he's produced some inspiring things with it in Unconstrained mode. Keyboard shortcuts for align/distribute make his workflow a breeze – and the way CorelDRAW works with fonts and type is indispensable to Five Nine. “A paragraph can be broken down into sentences, sentences into words, and words into letters all with a simple CTRL+K - and it's still all editable text!” Dustin exclaimed. “From beginners to pro designers, it has everything you need to design and create at a professional level.”

A personal note from Dustin to newcomers in the field: 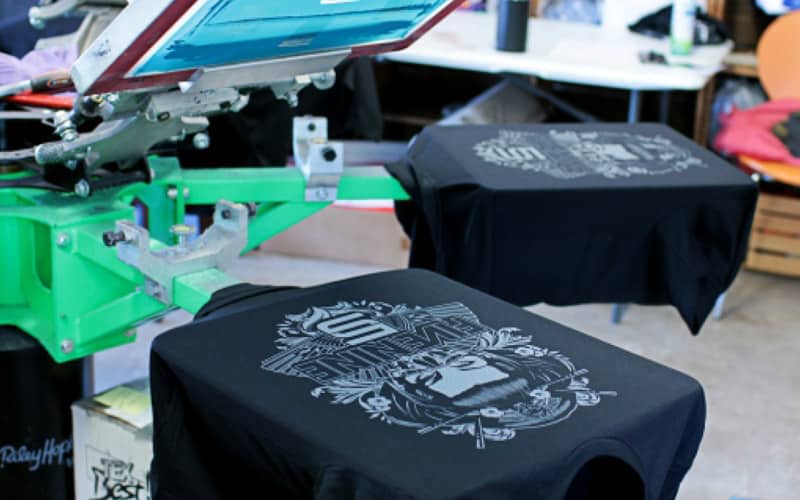 To the newbies and college grads entering the design industry, toughen up! Not everyone will like what you do. Don't take it personally, it's just part of the job. To my fellow screen printers, flood, stroke, repeat. Enjoy what you do. The t-shirt is a daily staple for millions! Make someone's favorite t-shirt and it becomes part of their life. People express themselves through what they wear, and when they look good, they feel good. You have a hand in that. It may not seem sexy at times but we get to express ourselves artistically and connect with people on a personal level through this medium. It's hot, it's dirty, and sometimes our backs hurt, but it's the best job I've ever had. Keep up the hard work! Oh, and if you are not already using CorelDRAW, give it a try. It WILL surprise you!