By Grace Lee and Ludmila Minkova

CorelDRAW and Adobe Illustrator have many similarities and share some basic drawing and design capabilities, which makes it easy to move from one application to the other. However, they are distinguished by some key terminology differences. Understanding these differences lets you make a quick transition to CorelDRAW.

Let's begin by taking a look at some of the key terminology differences between Adobe Illustrator and CorelDRAW. 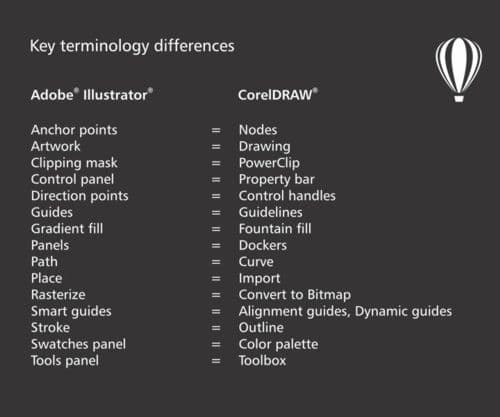 For starters, artwork is often referred to as "drawing" or "document" in CorelDRAW. In CorelDRAW, there are pages instead of artboards. You can have multiple pages in a document and you can easily switch between them.

The collection of tools at the left is called the "toolbox". Just like the Tools panel in Illustrator, the toolbox is a toolbar with tools for creating, filling, and modifying objects in a drawing.

The space above the document window is called the "property bar". Similar to the control panel in Adobe Illustrator, this toolbar contains commands that are related to the active tool or object.

The tabbed windows on the right side of the application window are called "dockers." Similar to the panels in Adobe Illustrator, these are windows containing commands and options that you can use while working on your document. For example, the Object Properties docker is like a combination of the Stroke, Gradient, Character, Paragraph, and Transparency panels in Illustrator.

Right beside the dockers is the color palette, which is similar to the Swatches panel in Adobe Illustrator.

At the bottom of the screen is the status bar, which is slightly different from the status bar in Illustrator. It contains information about object properties, such as type, size, color, fill, and resolution. 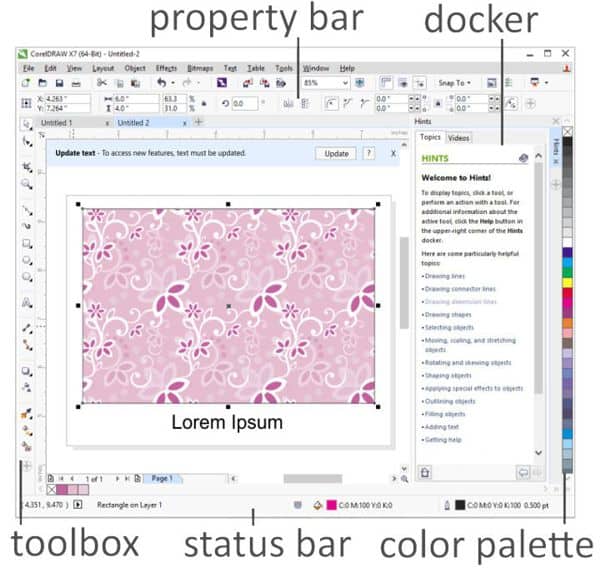 You can move the toolbars around by right-clicking any toolbar including the toolbox or the property bar, and unchecking Lock toolbars. 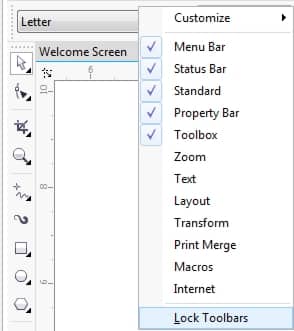 Unlocking toolbars lets you move the toolbars around. The dashed lines on the toolbox and the property bar in this example show that they are unlocked.

Now, let's take a look at some of the tools that are available in CorelDRAW. The Shape tool is similar to the Direct Selection tool in Adobe Illustrator. With the Shape tool, you can edit the shape of objects. Path objects, like the one showed in the following illustration, are referred to as "curve" objects in CorelDRAW. The anchor points you see here are called "nodes", and the directional points are called "control handles". 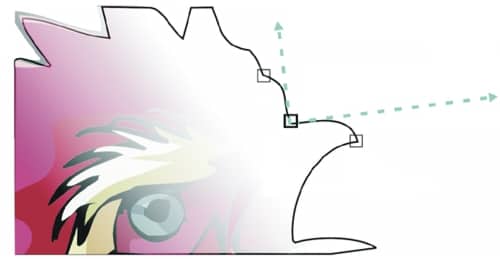 You can edit the shape of curve objects by moving their nodes and control handles.

Let's take a look at the Object Properties docker. In CorelDRAW, the object's stroke is called the "outline". In the Fill properties section, you can apply various types of fills to the object. Gradient fill is referred to as "fountain fill" in CorelDRAW.

Some commands in CorelDRAW are equivalent to those in Adobe Illustrator, but have different names.

Under the File menu, the Import command lets you place a file as a linked object in the document similarly to the Place command in Adobe Illustrator.

You can rasterize an object by clicking Bitmaps > Convert to Bitmap. This command is equivalent to the Rasterize command in Illustrator.

CorelDRAW includes a workspace that has the look and feel of Adobe Illustrator. This workspace can help you find menu commands and tools more easily.

But again, there are some key differences in terminology. 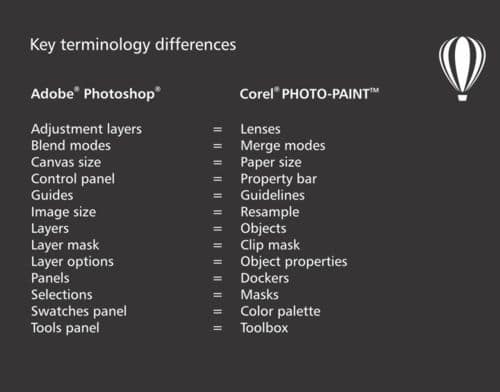 The workspace terminology used in Corel PHOTO-PAINT is identical to that of CorelDRAW. As in CorelDRAW, you will be using the toolbox, dockers, property bar, color palettes, and toolbars to complete your tasks. 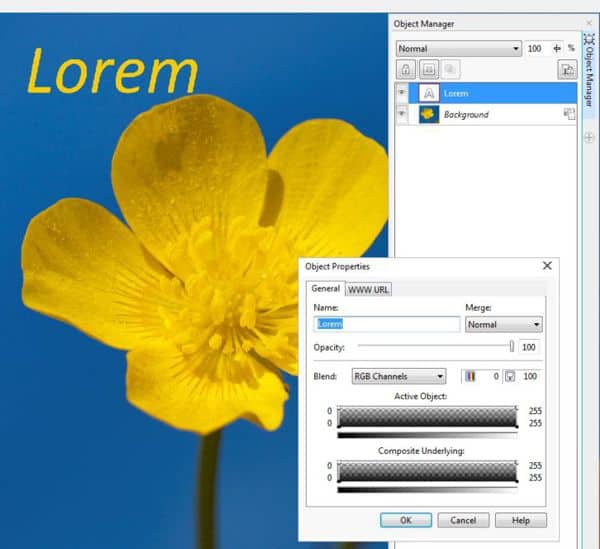 In Corel PHOTO-PAINT, you can access object properties from the Object Manager docker.

Adjustment layers are called "lenses" in Corel PHOTO-PAINT. With lenses, you can view the effect of a correction through a lens without permanently changing the underlying pixels.

The Rectangle Mask tool is similar to the Rectangular Marquee tool in Adobe Photoshop. It lets you define rectangular editable areas - or selections - in your document. The combination of editable areas and protected areas are called "masks" in Corel PHOTO-PAINT.

Clip masks are equivalent to layer masks in Adobe Photoshop. Clip masks let you edit an object's transparency levels without affecting the pixels in the object.

The Paper Size command is like the Canvas size command in Adobe Photoshop. Changing the paper size lets you change the dimensions of the printable area, which contains both the image and the paper.

Also, be sure to visit Community.CorelDRAW.com and become a part of an inspiring community where users of all backgrounds can connect, learn, and share.