Vector graphics are digital images created using mathematical formulas for scalability. Not long after the invention of the first computer in the mid-1940s, early pioneers in graphic design began to work out the details of creating high-quality digital images featuring crisp and clean lines and shapes.

Vector graphics were quickly adopted due to their small file size and scalability. For decades, vector art has been a prominent fixture in digital imagery. Today, while technology is much more capable than in the 20th century, vector graphics still have a place in everything from web design and print marketing to art and illustrations.

Many of the early computer models released in the 1950s were enormous, with comparatively minimal storage space. The first computers built weighed more than 30 tons and took up an entire room. Yet, they lacked pixelated displays.

Early computer models used lines and coordinates to display simple imagery. These computers couldn’t display raster or bitmap images because of their limited memory. These limitations lead to the development of vector graphics as the solution. Almost immediately, the US Department of Defense began using vector images for maps and interactive modeling.

So, How Was Vector Art Born?

We can trace the history of vector graphics back to Ivan Edward Sutherland, an inventor and a pioneer in computer-aided graphics. Sutherland developed the time-tested graphics software Sketchpad. It was the first of its kind, introducing the idea that computer graphics could serve a dual purpose for technical and artistic applications. That implementation was an important step toward using CorelDRAW and other graphic software. But in their original form, vectors were still limited to relatively simple straight lines.

Where Did the Curves Come From?

Vector graphics are fundamentally mathematical. While Ivan Sutherland was developing his Sketchpad program, Pierre Bezier, a French engineer, figured out how to proportionally scale curved lines.

Bezier was working on designing bodywork for Renault Cars when he stumbled upon the basis for what would become vector graphics–a scalable digital image and foundational element of digital graphic design. His work pioneered the use of mathematically defined cures, ensuring precise and clean lines. The Bezier curve uses control points to define the shape of a curve. These points tie to a mathematical equation that forces all points to maintain proportion as the size changes, thus creating a perfectly scalable image.

Vector Graphics and the Golden Age of Video Games

Sketchpad was just the beginning of the history of vector graphics. As these graphics evolved and became more complex, video game creators were eager to adopt the trend. Vector art could provide more detail with smaller file sizes, making it more accessible. In the 1970s, Atari released its arcade-style game Asteroids using vector art, and many other gaming manufacturers followed suit. Vector art opened the door to innovation in the video game industry. 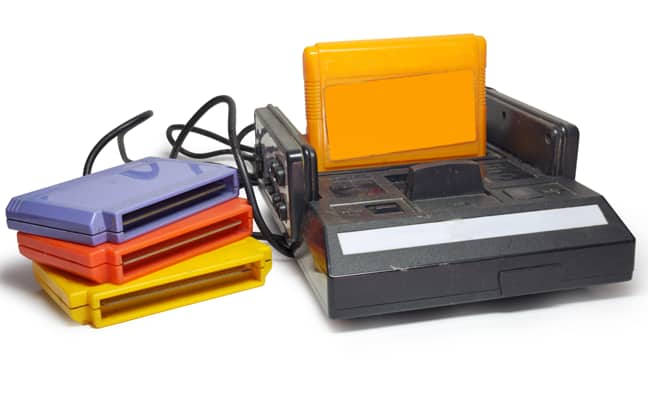 Systems like Vectrex released some of the earliest incarnations of an all-in-one system with a built-in display. Vectrex may not have made it mainstream, but it was an important advancement in video game technology that would take some time to come to fruition. Eventually, all-in-one systems like the Nintendo Gameboy would see more success.

Vector Graphics in the Home

Alongside advancements in personal computing accessibility came tools to utilize graphic design for technical and artistic endeavors. The first version of CorelDRAW was released in 1989 for Windows 2.1, and later releases of the software provided updates to keep pace with changes to Windows and add support for a Mac OS version.

Vector graphics are an ingrained part of the history of computers. The original concept of vector art dates back almost as early as some of the first personal computers on the market. And they’ve just as easily become a fixture in the history of graphic design, standing the test of time. As the popularity of vectors grew, so did the variety of file types used. In 1999, the World Wide Web Consortium adopted a standard file format for vector graphics–the SVG or scalable vector graphic.

An SVG file is a vector graphic stored as an XML text file. This format is perfect for the web because it maintains the scalable proportions of the graphic while also including text features for indexing and searchability. The text file also means that vector graphics can be modified without specific vector graphics software. This standardization launched the vector graphic into mainstream graphic design applications, including modern web design, mobile internet, and print marketing.

Even if you’re unsure what vector art is, we’re sure you’ve seen it. Throughout the history of graphic design, vector art has been a common feature in both digital and print-based design, like:

Branding kits rely heavily on vector art for scalability. Graphic designers need to create consistent imaging across websites, business cards, signage, packaging, and documents. Vector graphics are also the go-to format for displaying two-dimensional illustrations across the web. The digital use of vector graphics ranges from components of web design to the broad range of content published on websites–specifically, charts, graphs, and illustrations.

For example, if a designer needs to incorporate a geographical map into a website’s design, they’ll improve the user’s experience if it’s a vector. As a vector, users can blow the map up to see details, street names, landmarks, and other vital details without image pixelation occurring.

Vector design is also a common fixture in many forms of pop culture entertainment. Most animation and comics are created using vector art, and there’s even a subculture of artists specializing in vector art as a medium. From immersive cover art to beautiful illustrations, vector graphics have evolved from a solution to a problem to a stand-alone art form and a key component of graphic design across many different industries.

Final Thoughts on the History of Vector Graphics

Vector graphics have a longer history than you might realize. While vectors didn’t always look like the immersive, layered, creative works of art that we know today, they’ve been around nearly as long as computers. The first vector graphics were created in the early 1960s alongside the first release of Ivan Sutherland’s Sketchpad graphic design software.

With a history spanning more than a half-century, vector graphics are an integral component of graphic design, and their presence is stronger now than ever before. As the technical and artistic uses of vector graphics converge, examples of modern SVGs can be found all around us in marketing, art, and design–both in the physical and virtual world.

What is vector art? 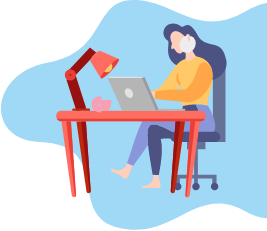