The Complete Guide to Vector illustration

What is vector illustration?

Rasters are image files that are built from pixels, the little squares that make up a digital display. The dimensions of a raster image are measured in pixels. Vectors, on the other hand, are built using mathematical formulas. Essentially the user identifies several points and the computer creates a line between those points.

That’s what’s happening behind the scenes, at least. In terms of usability, the way raster images use pixels means that it is possible to create highly detailed continuous tones, shading, and colors in the artwork. In fact, any physical image that is scanned into a computer display or a photograph taken on a digital camera will be a raster image.

On the other hand, because vector files use geometric shapes the final result tends to be an image with clean lines, bold colors, and a highly stylized representation of something if it’s an illustration of a real object. The advantage of this is that it can be scaled up without losing quality, which makes it a perfect file type for any illustrator working with branding, logos, or any product that will be printed and blown up to a large size. 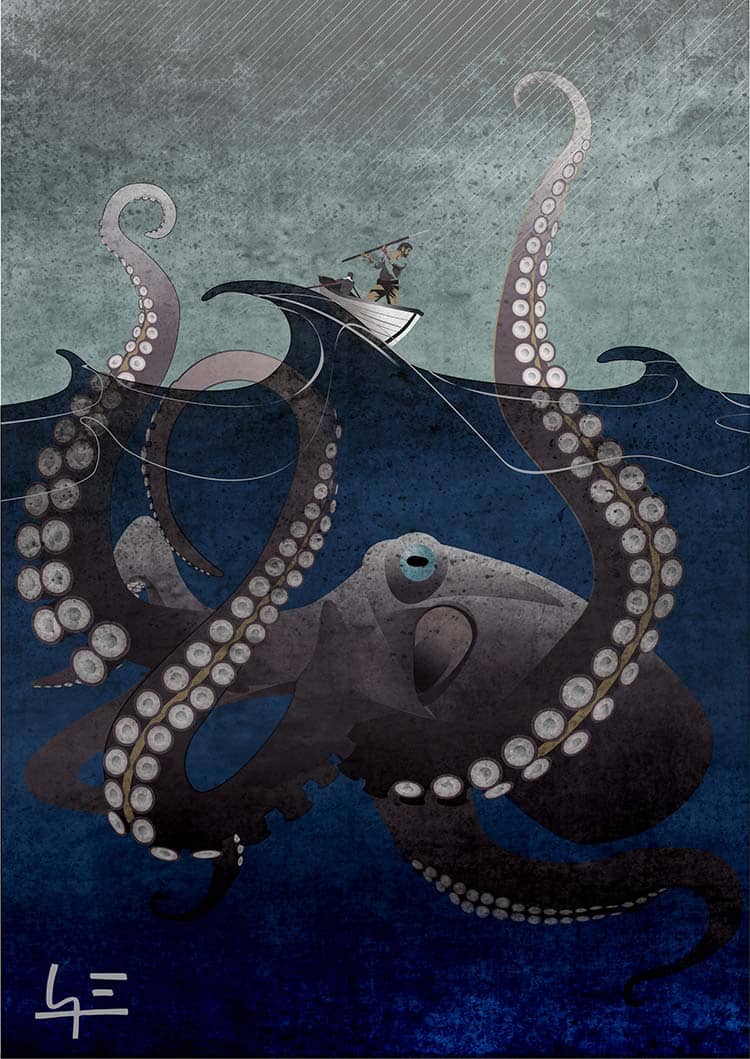 The nature of vector files means that vector illustrations tend not to have a huge amount of detail. They use blocks of color to illustrate shading and tones, rather than gradual changes as with pixels and raster images. Vector illustrations are bold and striking, highly stylized, and have a unique look to them.

Because of how they are made, vector images are the preferred format for creating digital animations. Animation software like Adobe After Effects favors layered vector files when creating character designs for corporate promos, explainer videos, and short films. These characters are designed within vector illustration software in a way that breaks down the constituent parts so that an animator can work with a character’s limbs independently.

You might notice that character designs within animations created in After Effects are stylized, almost cartoonish versions of people and creatures, rather than detailed hand-drawn designs. These have usually been created with a vector illustration software like CorelDRAW.

Although many versions of vector illustration software use their own file types - for example, CorelDRAW can create CDR files - generally, all software can save and export images in a wide range of vector image file types, like EPS, SVG, and PDF. This means illustrators can be flexible with their workflows, opening files in different software, making it easy to work with colleagues and clients using a range of different software.