The Ultimate Guide to What a Vector Image Is

What is a vector image?

A vector image is a 2D digital image that is often used in graphic design, and usually involves bold, striking colors like logos and printed graphics. A vector image can be one of several different file types, most commonly an EPS, SVG, AI or PDF.

A vector image is in contrast with a raster or bitmap image which is a pixel-based image. You might be familiar with these files types like JPEGs, PNGs, and GIFs. Complex photographs tend to be raster images.

How do vector images work?

The main difference between a vector image and a raster image is the way it is built. A vector image is made up of 2D points that are connected by straight lines or curves, so the resulting image tends to be a strong geometric shape like a square, rectangle, pentagon, oval or triangle, or some mix of all of them. 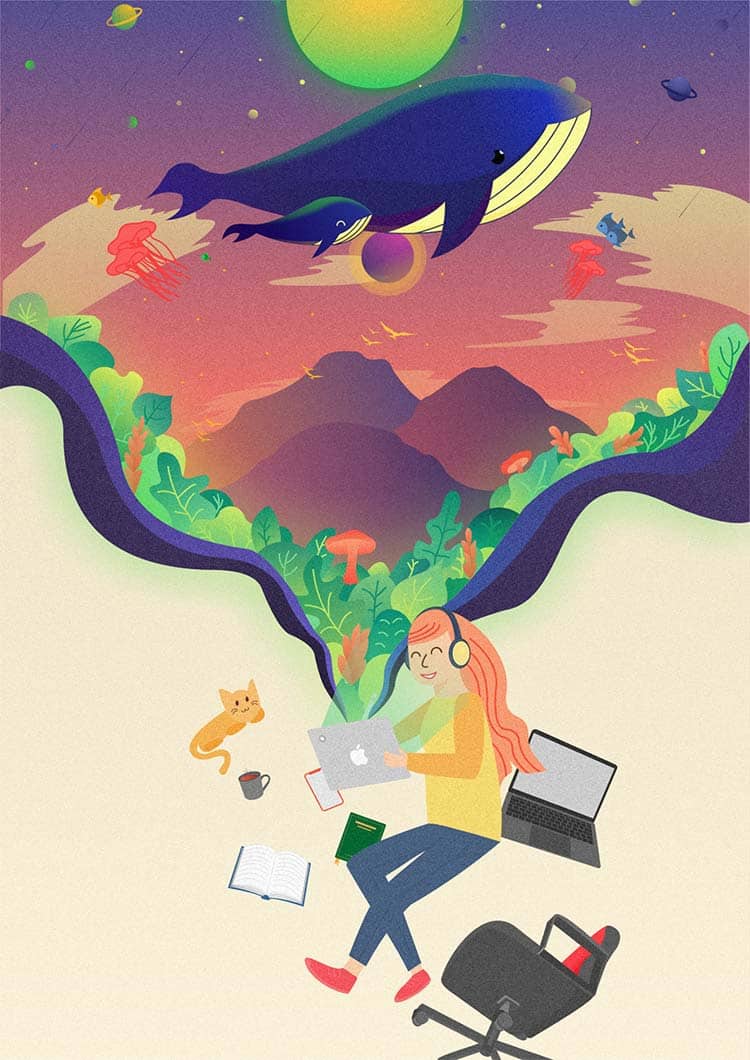 The images are made up of lines that are based on mathematical formulas, as opposed to a square pixel of a display monitor. The way a computer interprets this is through the use of points. An image is made up of points that are connected by lines - either straight or curved - and not based on the number of dots.

Why use vector-based images?

The main advantage of vector-based images in graphic design is their quality. Because a vector image is not reliant on the pixels of a display, it can be scaled up to any size without losing quality. This is in contrast with a raster image which is based on the number of pixels, so if you scale up a PNG or JPEG file the pixels will quickly become visible and the image will be blurry.

Because of this, vector images are perfect for print. Files can be scaled to fit huge banners, vehicles, clothing, and large screens like electronic billboards, without any degradation in quality. They can do this because of how simple the colors and shapes tend to be. So logos, flag designs, fonts, and stylistic artwork all lend themselves well to the vector format, while photographs and detailed images are more suited to raster files.

If a designer creates an advertisement using vector files, and the resulting image is a vector image, the file can be blown up on a billboard with clean, crisp lines and text that looks great. If the same was attempted using raster files, it would look blurry and messy. Not ideal for the design world. This is why designers prefer working with the source files - the original vector files - when dealing with logos and fonts. They can be edited, adapted, and scaled up without needing to worry about the quality of the final product.